I found this great ice experiment from The Mailbox magazine. After having no school this past Monday because it was too cold to be outside, I knew an experiment with ice was perfect! I froze three pie pans of ice at home, ready to be use by smaller groups of students.
The students tested five objects (marble, yarn, paper clip, pencil, rock) on the ice. They were testing how easily the objects moved across the ice. As the students took turns tapping the objects to see if they moved over the ice, they recorded their observations on their paper. They also answered four questions about which objects moved easily/not easily in the ice pan. 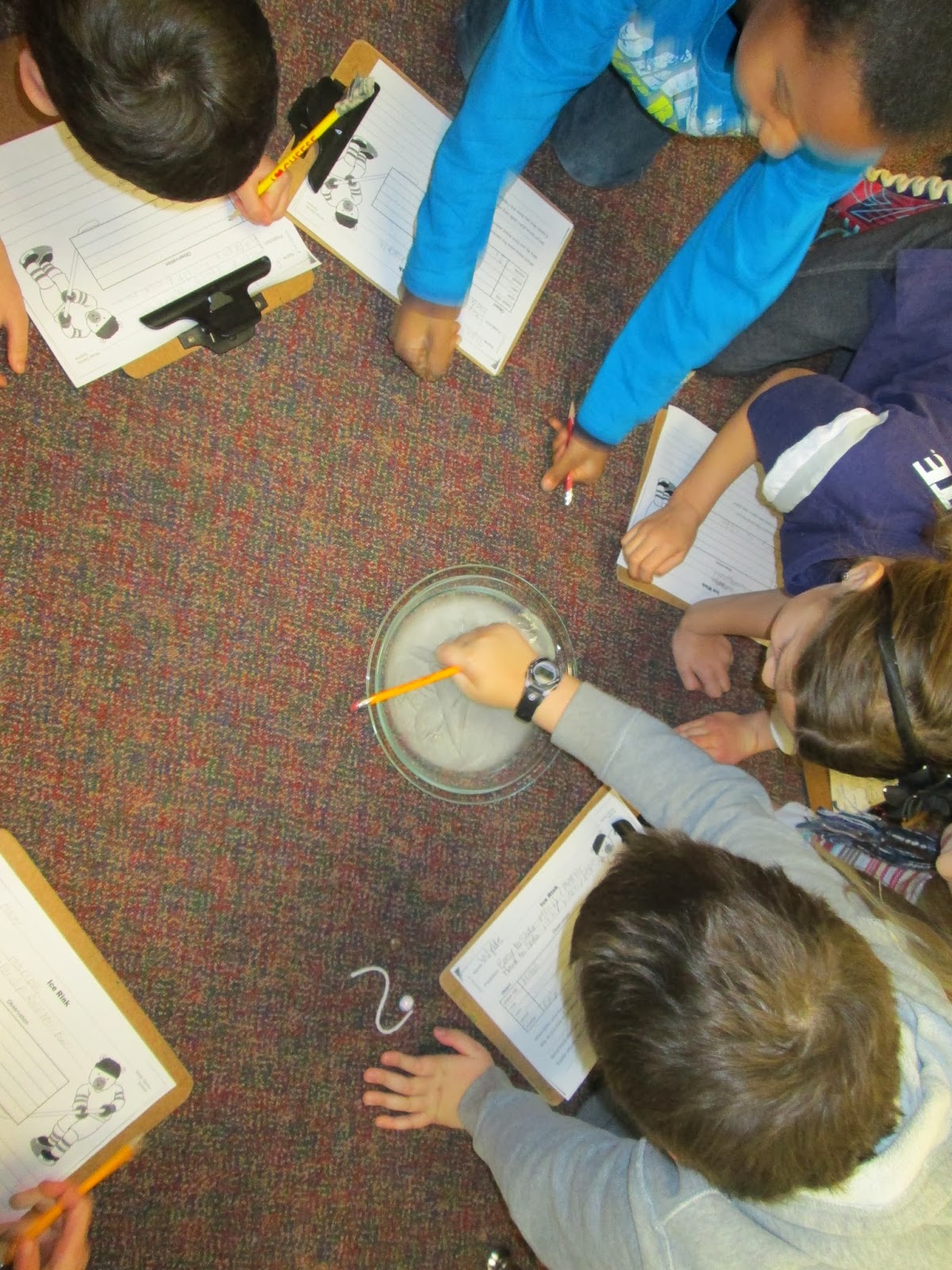 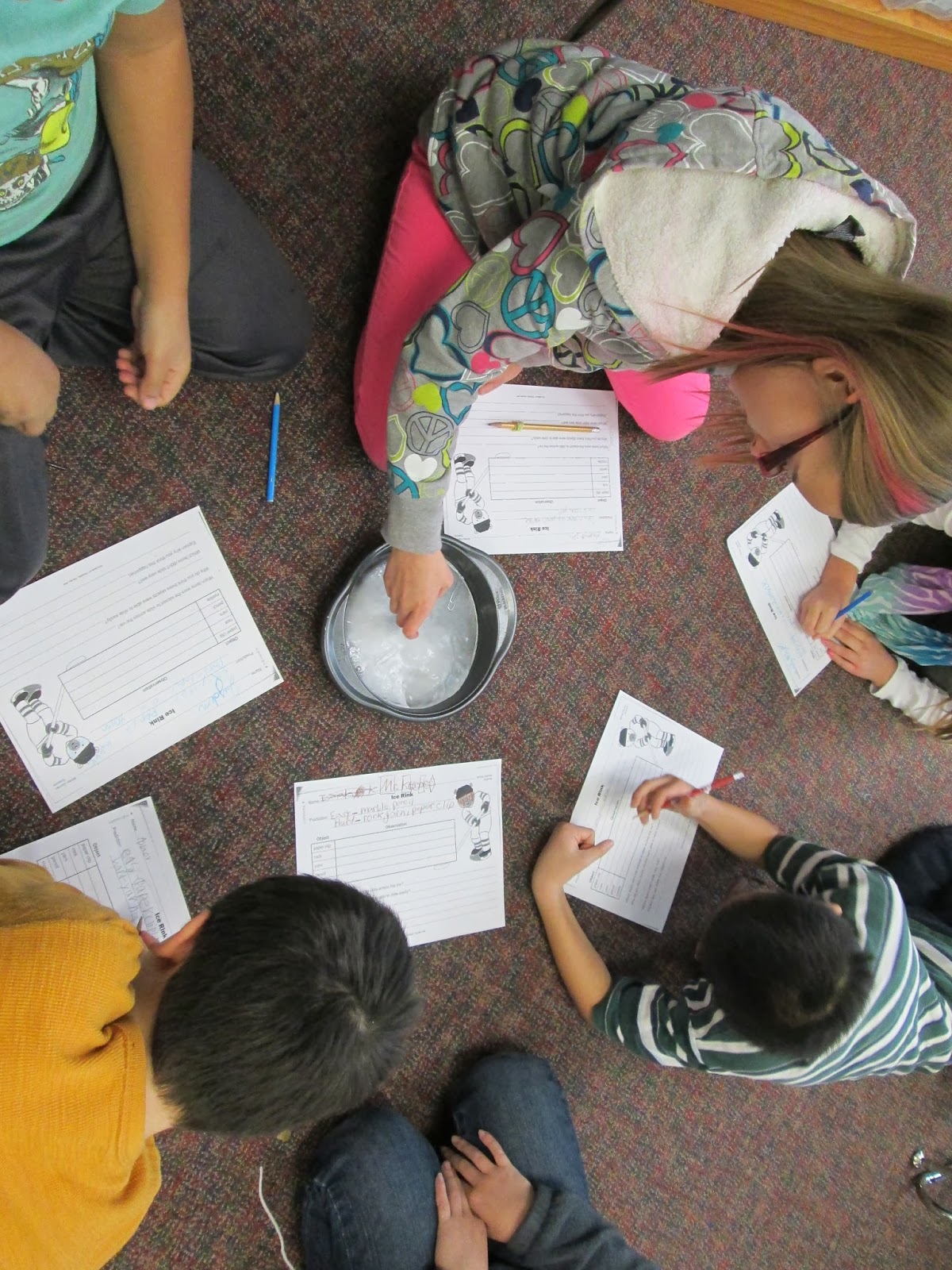 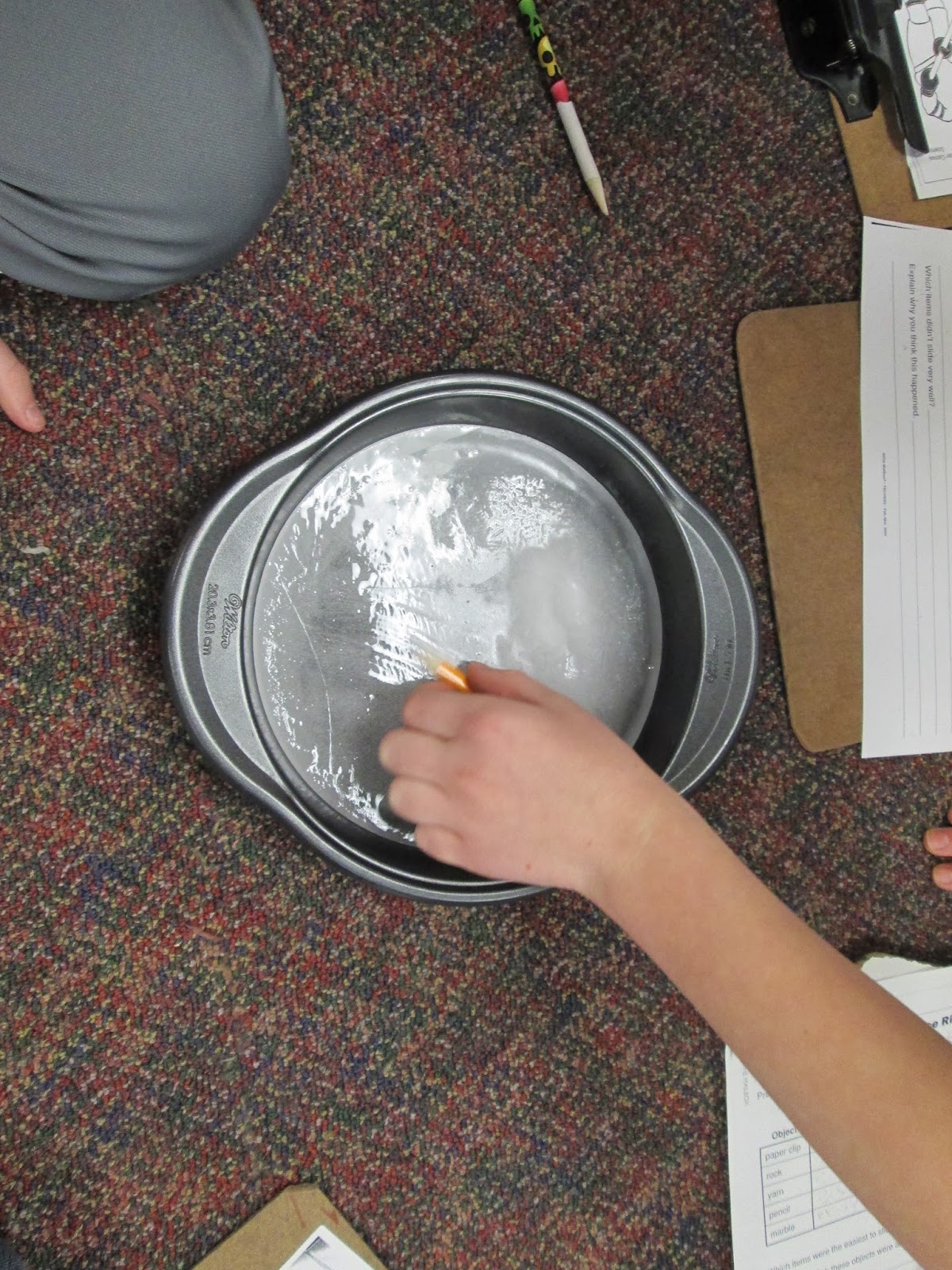 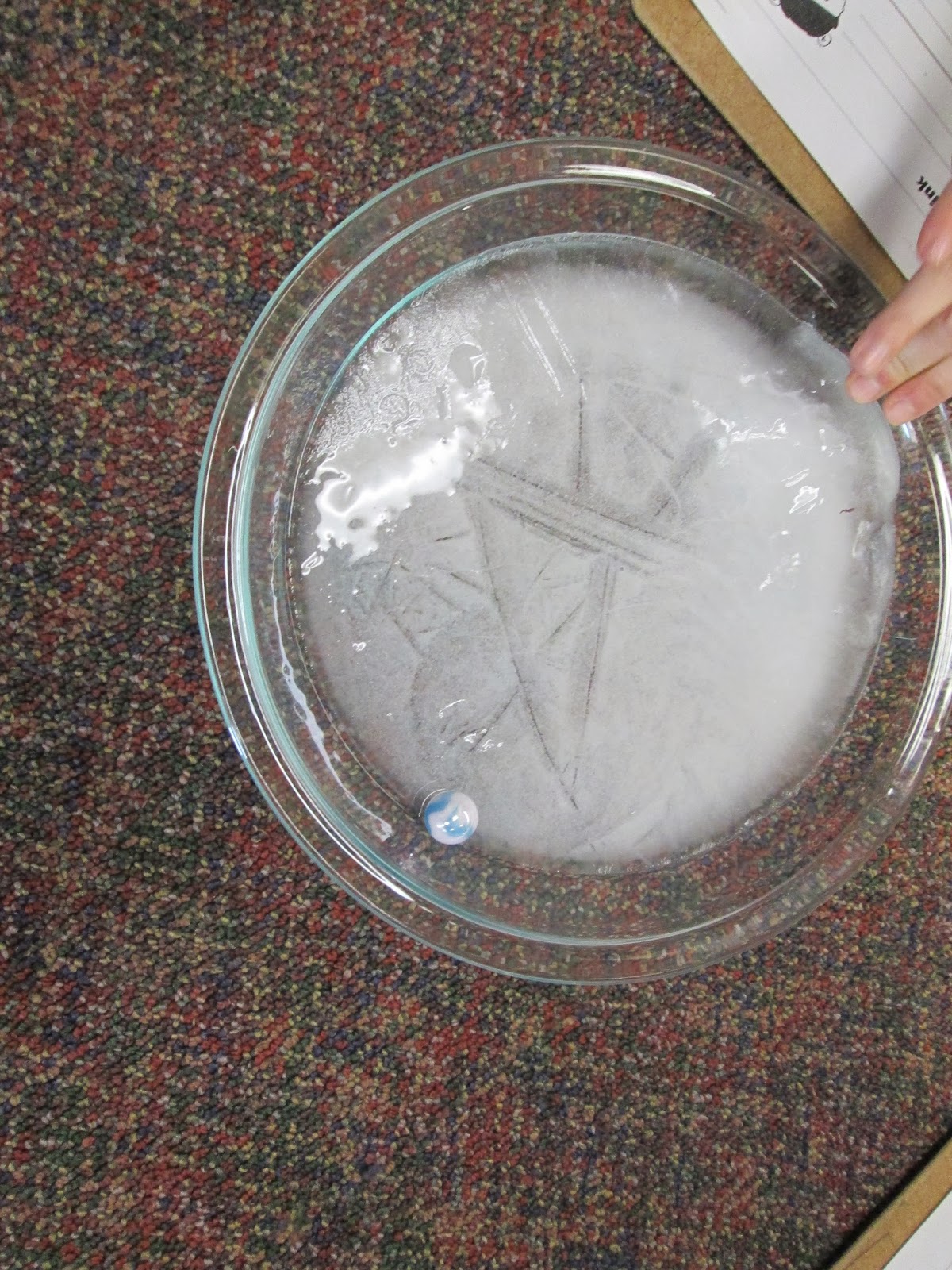 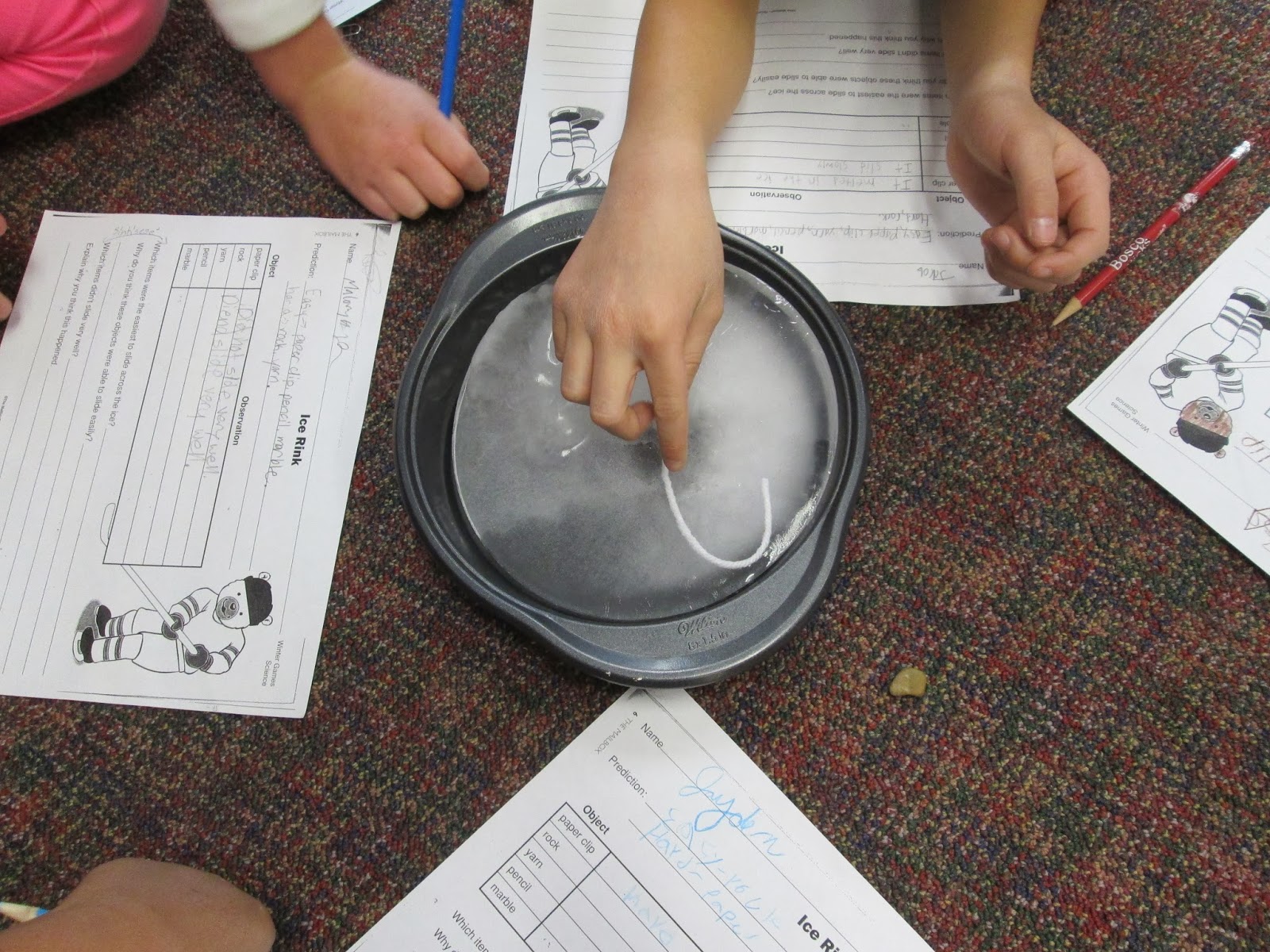 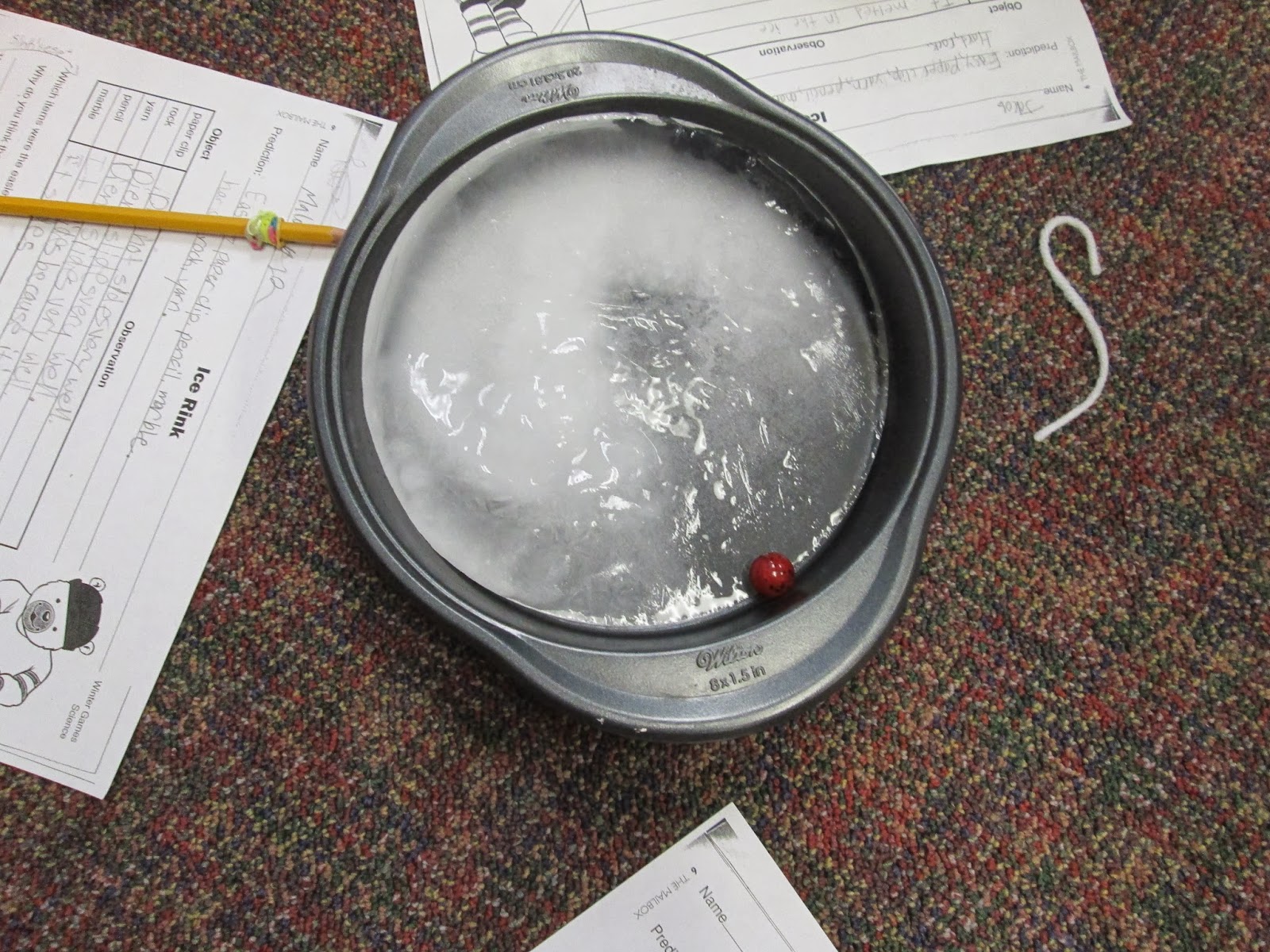 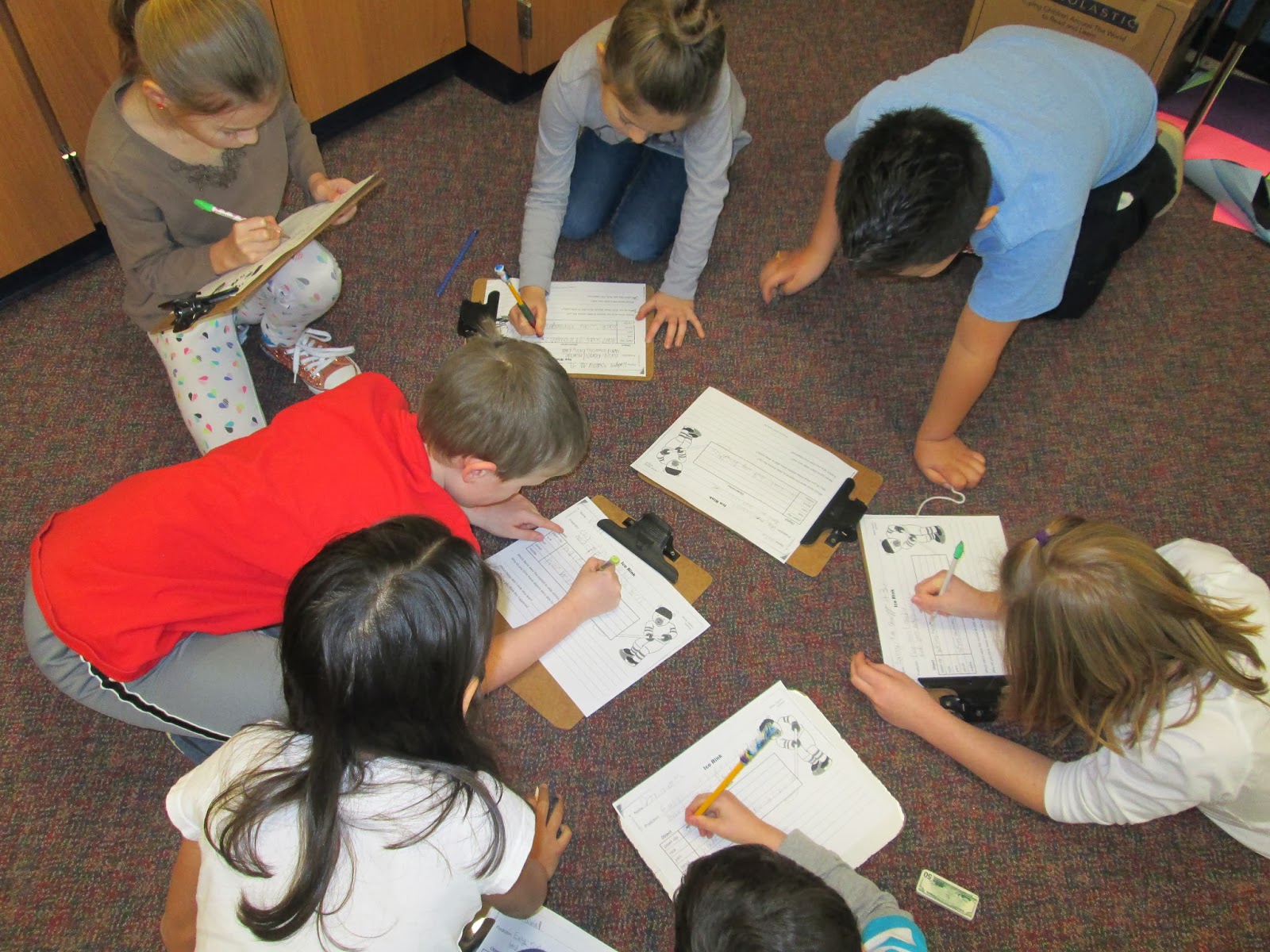 After the students tested the five objects listed on the recording paper, I asked the groups to choose at least three more objects in our classroom to test. They LOVED choosing their own testing objects!
Posted by Erin Brown at 7:45 AM 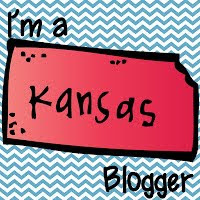